5. A Multiplicity of Financial Vehicles 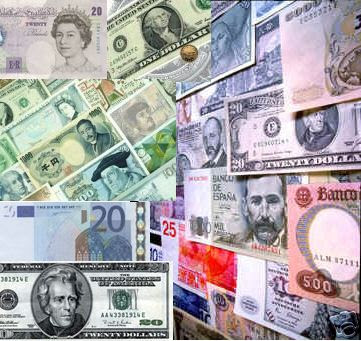 We have grown up accustomed to a monoculture of the national currency (U.S. dollars, British pounds, etc.) but -- just like in agriculture, just like in human culture -- for a resilient future we'll be much better off with a polyculture.

Peter North shared a brilliant vision in his book, Local Money: “We can see a LETS scheme or time bank being used for local production and exchange of things we can produce at home or in a local community ... More complex goods would be produced by local businesses, perhaps using a local or regional scrip ... or a business-to-business exchange. More local production could be developed using local currency loans, or through a local bank ... Special-purpose currencies could finance local food production and Community Supported Agriculture, and local power generation ...” All of this will probably operate parallel to a national currency that handles the few out-of-area trade transactions.

One of the scarier parts of the Depression of the 1930s was when banks closed. People were no longer able to access the cash which facilitated all the doings of everyday living. If our cash is all in one place (Big Banks), we are in very serious jeopardy. If our finances are maintained through a wide diversity of vehicles, we have a lot more resilience built into our system.

Eisenstein says “What we call recession, an earlier culture might have called ‘God abandoning the world.’ Money is disappearing, and with it another property of spirit: the animating force of the human realm. At this writing, all over the world machines stand idle. Factories have ground to a halt; construction equipment sits derelict in the yard; parks and libraries are closing; and millions go homeless and hungry while housing units stand vacant and food rots in the warehouses. Yet all the human and material inputs to build the houses, distribute the food, and run the factories still exist. It is rather something immaterial, that animating spirit, which has fled. What has fled is money. … so insubstantial (in the form of electrons in computers) that it can hardly be said to exist at all, yet so powerful that without it, human productivity grinds to a halt.”

Stoneleigh declares “Money is the lubricant in the economic engine and without enough of it that engine will seize up as it did in the 1930s, when farmers dumped milk they couldn’t sell into ditches while others were starving for want of the money to buy food. There was plenty of everything except money, and without money, one cannot connect buyers and sellers.” source

By opening the avenues to additional types of “lubricant” – money substitutes, currency alternatives, gift culture – we can, at the grassroots level, assure that transactions can still flow despite the restricting supply of “money in motion” i.e. conventional cash.

Different types of financial vehicles serve different purposes. Most of us don’t think about it very much, but some people do. (see Peak Moment YouTube video about the scarcity principles built into our US dollar system)

A local currency can be designed in such a way as to prevent hoarding, to instead encourage a greater flow of transactions within a local community. A time bank can become a vehicle which brings out the hidden talents or the undervalued efforts of its members. Each has an important role to play in bringing out a more complete panorama of community “wealth.”

Different financial vehicles will attract different pools of participants within your community. Your local sharing arrangements will attract individuals. Your local bartering systems will attract mostly individual households and proprietorship businesses, perhaps with greater emphasis on services than on goods. A local currency will work nicely for local businesses because it functions in predictable accounting units like the national currency.

But local currency isn’t for everyone. Hopkins et al spent a bit of time getting Totnes businesses interested in accepting their local currency, the Totnes pound. This action puzzled me. Then I realized that I was mentally applying the Totnes actions to my own (vastly different) neighborhood. When Totnes folks were encouraging their local businesses to embrace local currency, they were working with independently-owned local businesses. By contrast, in my neighborhood there are lots of chain stores where local currencies simply won’t work. Striving to get the chain store type of business involved in an alternative finance scheme is moving in entirely the wrong direction. We must recognize that the chain store is a doomed animal, if for no other reason than its dependence upon cheap consumer goods transported worldwide by cheap oil. As such, chain stores are not part of our safety net, and there is no need to figure out complex designs to fold them into our new, expanded financial structures.

A Transition community can easily begin to set up a diversity of financial vehicles. Which one should your community have? To share the wisdom of Vidya Chaitanya of Transition Mar Vista: a community may one day need all of these. Start with the one that feels easiest to do right now, given your community dynamics, your people resources, and your community needs.

Listed from easiest/simplest to most complex:

next section
Posted by Joanne P at 7:23 PM

Email ThisBlogThis!Share to TwitterShare to FacebookShare to Pinterest
Newer Post Older Post Home
Welcome to the online home of "Economic Resilience," the economics work of Joanne Poyourow.
latest updates
COMING SOON: Joanne's step-by-step tools for building a Resilient local business. more info here
"10 Practical Tools for a Resilient Economy" is available as an ebook or a paperback.
"What Everyone Ought to Know about Today's Economy" is available as a paperback booklet or a pdf download.
2010-2011 version
An earlier version can be read online, starting with "page one" and following the orange "next section" links at the bottom of each post.

Link to "10 Practical Tools for a Resilient Local Economy," a summary in single-page handout format.